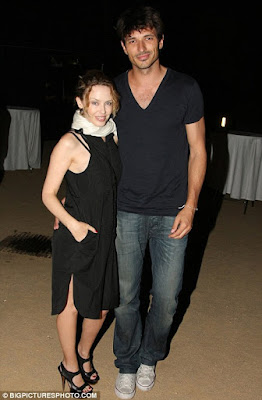 Enough! The blogging drought has come to an end. Welcome back readers (if any of you are still there). I did some quick scouting for things to write about and came across this blog post on Brand Republic by Jeremy Lee.

Apparently Robbie Williams saved Geri Halliwell and the writer for some reason states that Danny Dyer saved him. His reasons for claiming this seem a little flimsy to me and I wouldn't say this is a great piece of blogging but the topic is interesting.

Celebrities can and do have a positive impact on the way people live their lives. The media is always full of stories of celebrities setting us bad examples. Lindsey Lohan enourages to wear no pants and get shit-faced. Jordan promotes careers to young girls who now see glamour modelling as a better career than being a doctor, and we all must be a size 0 like Nicole Richie. But not many articles look at the positive effects.

When I was growing up I was short. My Mum was even shorter and got hugely angry whenever someone mentioned it - Oh Susan can sit in the middle because she's so small - Mum would seethe and then come home and moan to me. I learnt that being small was something to be ashamed of. That was until I found Kylie. Kylie is pint sized, she's also sexy - those gold hot-pants rocked everyone's world. I wanted to be like her and I was! I was small so was she - it made men want to look after her - it made women want to be her friend. The next time someone said something about my height 'Oh you're so small' I replied 'yeh like Kylie'. God it was good. So Kylie saved me in a way.
Posted by Welshaims

Email ThisBlogThis!Share to TwitterShare to FacebookShare to Pinterest
Labels: celebrity