These ads to promote video calling through google's Duo service make me wish I'd thought of them. They are very funny and cute. I especially like the lost sock talking to his partner.

The world is going crazy for this Spike Jonze directed perfume ad. And why not? It's beautiful, irreverent, weird and good fun. Perfume ads can be the most pretentious type of advertising. So t's really great to see someone making something that people actually want to watch instead.

This one reminds me of the Prada Candy adverts, directed by Wes Anderson and Roman Coppola. Here's my link to those ads: Adverts like Soap Operas

If you haven't already seen Spike's masterpiece here it is:

Photographer Tammy Swarek came up with a novel way of drawing people's attention to dogs in need of adoption from her local shelter, UCAPS. Photograph them in formal looking portraits wearing clothes.

I imagine this campaign must have seen adoptions rise highly with the project reported in newspapers  across the world.

Here are some of the portraits and the stories of the dogs in them. 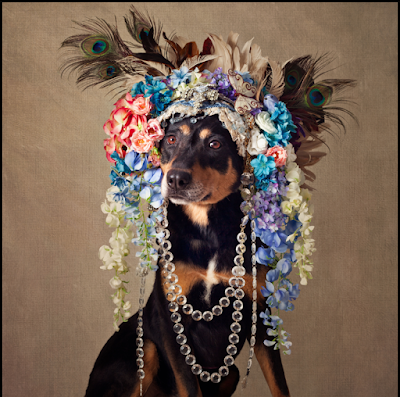 Midnight has been at the animal shelter for five years. After five years of being overlooked Tammy says it was extremely moving to see her proudly wearing such a fabulous design. The headpiece was designed by Marentis Kelly. 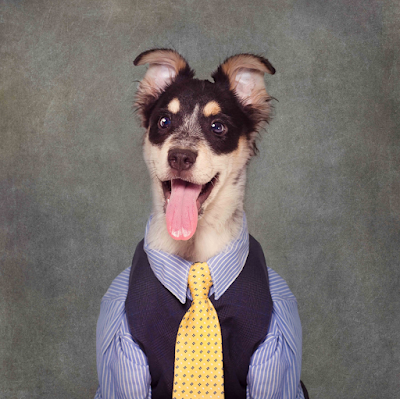 Sammy Jammer is 5 months old and was abandoned in a lumber yard by his feral mother. His eyes were infected and he was lying on the ground when spotted by some workers. One, named Sammy, took pity on him and contacted UCAPS. He was dehydrated and malnourished and with the infection they didn't hold out much hope of his survival. But survive he did! How adorable is that face? 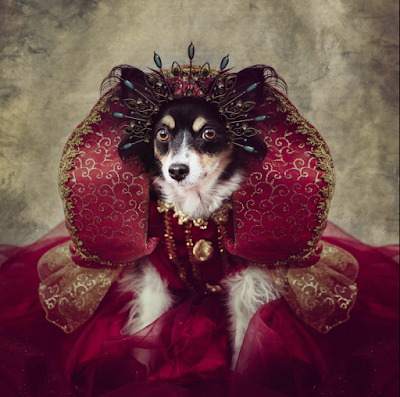 Peggy Sue's adoption is pending but Tammy couldn't resist photographing her in this regal way. She reminds me of Elizabeth I. 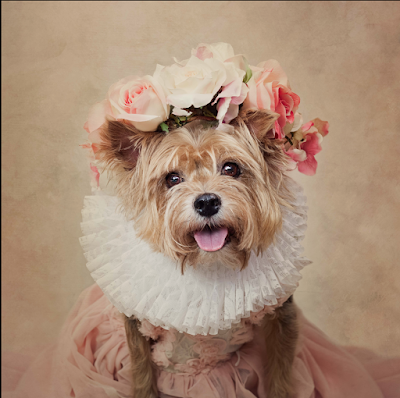 Cricket's owner had to go into a retirement home. Sad for both of them I imagine. 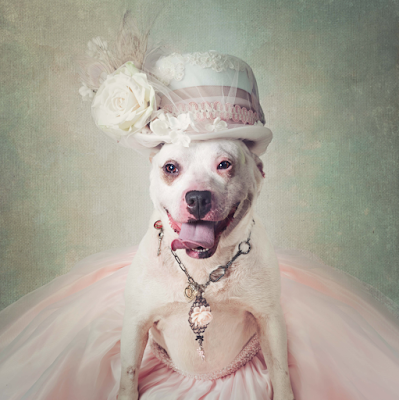 McKenzie and her sister Radar were abandoned and taken in by UCAPS. They spotted how clever they were and put them into their Paws in Prison program. McKenzie however looked too pit-bill and tested positive for heart worm. Her sweet personality has earned her many pats on the head but never a new home. She has been at the shelter three years now.

If you'd like to see more of Tammy's work, and read about more of the dogs visit her website tammyswarek.com