Back to Lala Land and my first ever Thanksgiving.

It's been a while hasn't it. It hasn't been that my brain has frozen into a green bean that fell out of a bag of green beans in the freezer and got stuck to the freezer drawer. Oh no. It's actually that I've been leading a very hectic life recently. This isn't like when you told the teacher your dog ate your homework. I am not just making up excuses.

Work has been all-consuming. I've had a huge project. It's been very exciting but stressful. In fact it is the best project I have ever worked on. I'm not going to say this to my boss (until I get drunk at the Christmas party) because I'll sound like a loser. Noone wants to be that excitable. But I'm really proud of what we have produced. It's not finished yet of course, so I'm probably jinxing the whole thing.

The project has meant that I have spent the last 2 and a half weeks in LA. I currently reside in a rather swanky hotel. It was where Shane Ward filmed a music video. Shane Ward? Come on you remember him from X factor. Louis Walsh says he's a big star!!

During this time I also enjoyed my first Thanksgiving dinner. My two colleagues and I were lucky enough to bag the company of two of the LA Creatives for a dinner in a cozy old fashioned restaurant where we had turkey, bread pudding, mash, corn, greens and even an apple crumble for desert. Afterwards we had a pyjama party (minus the pjs) watching classic movies like Beetlejuice and Sexy Beast under duvets lying on cushions on the floor. It was like being 15 again. 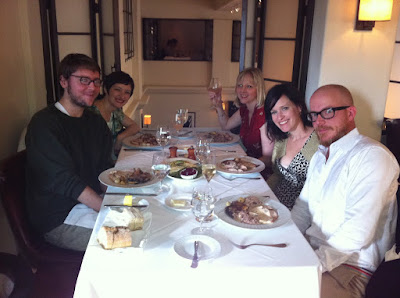 Lovely work friends and I. 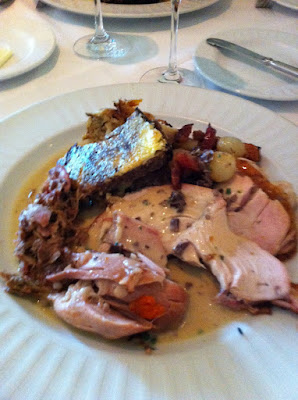 So thank you America for having me. I liked your holiday very much.
Posted by Welshaims