I am proud to say that the creative department I work in has many women. In fact I think it's a pretty even divide which is highly unusual in the Advertising world. Perhaps that's why our department is more collaborative than competitive. Perhaps the reason women stick around is because it's friendlier and less macho. As female Creatives we are on the front line of the fight for equality. We prove our worth in a male dominated world every day.

Recently a colleague of mine had a baby girl baby girl and returned to work. I feel that she has began our next big fight: for working conditions which allow us to be mothers as well as valued and sought after Creatives.

Sitting around our lunch table we discussed the ways in which a baby girl should be brought up in order to feel free from the limiting stereotypes that we had all faced in some degree. My colleague said that she was trying not to use the words "good girl" - words that enforced the gender in association with "worthiness". She was also trying not to dress her little girl in pink. Pink wasn't banned, but should be like any other colour.

I thought back to my Christmas shopping trip a couple of years ago in Hamleys where there was an entirely pink floor filled with dolls and a blue ones for boys full of dumper trucks and building blocks. I also thought of the way schools enforce gendered behaviour. Aged 8 I started a petition in my Primary school asking for girls to be allowed to play football. It resulted in a shouting at by the head dinner lady, a very scary lady. What hope did my friend have to keep her child free from the pressures of a labelling society? What hope was there when she would play with other children who's parents would kit them out in pink and blue and give their girls dolls and the boys trucks?

But apparently there are some children's brands who are thinking differently and seeking to challenge these stereotypes.

Princess Awesome make girls clothes in rainbow colours with patterns inspired by dinosaurs, maths and science. Their message is that you can be a Princess and a scientist when you're older. I mean, shouldn't a modern Princess have a job too? No Waity-Katie for these kick-arse girls!

Here are some of their inspirational and gender-rule-breaking pictures. 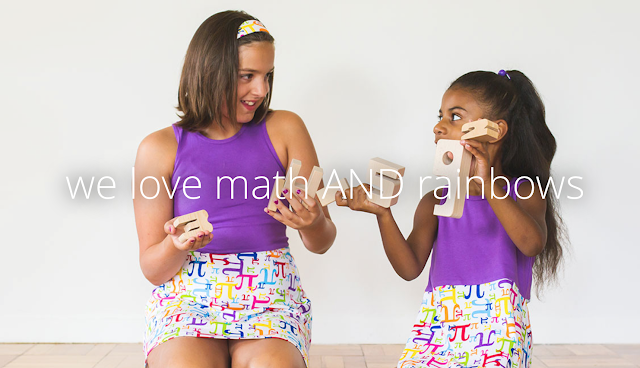 There are actually a whole host or fashion brands doing the gender neutral thing for adults - check out this article if you're interested.

Let Toys be Toys is a brilliant initiative which seems to be making some important ground in making toy shops organise their toys by theme rather than gender. Below you can see great two examples of the changes they have helped enact. 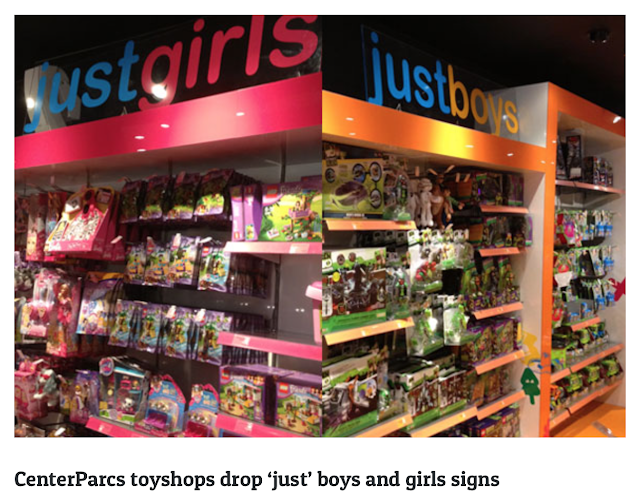 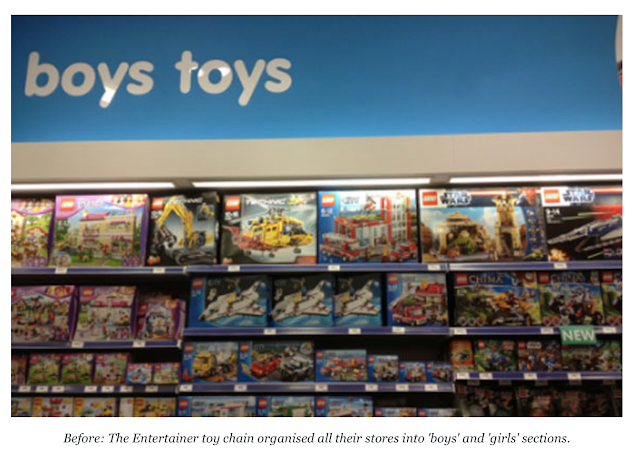 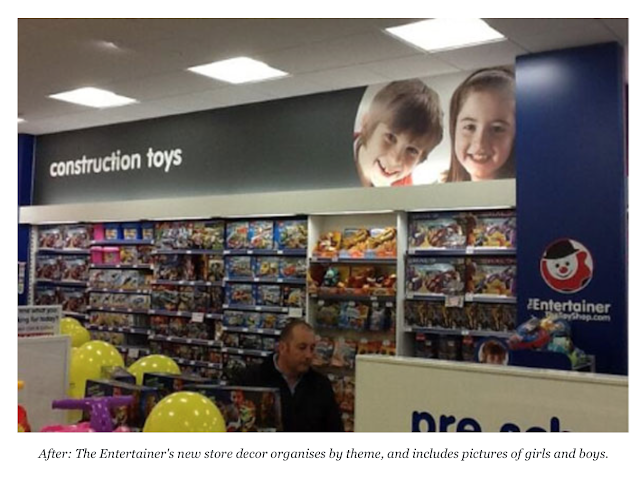 This last one is particularly lovely - having a girl's picture over the construction toys. Result!

The UK has a long way to go. But steps are being made in the right direction. Together we can help change the behaviours of brands by voting with our feet and writing to point out inequalities to companies. You only have to look at last year's Cannes entries to see the advertising world is trying too. "This Girl Can" and "Throw like a girl" are two great examples of female empowerment.

Together we can help my colleague's child, and all children, be exactly the person they want to be. Not what society tells them they must be.

So go on. Buy your baby girl a dinosaur and buy your little boy a doll if they want them. I leave you with this amazing father and son: