Christmas was a blast but it's over now.
Soz.
But all is not lost! January can be a great month.
Here's what everyone seems to be picking themselves back up to do, think and talk about.

Look I don't know why this seems like a fun thing to do because it's actually the opposite of fun. But I like to think of dry January a bit like a tricky computer game. You have to navigate the social calendar, avoiding the alcoholic beverages and find new tactics to be sociable without being forced to down a beer. See? Fun.

EVERYONE is doing dry January this year. My deskman Ludo reasons that it's because every year we are consuming more and more alcohol and we're scaring ourselves. Good theory. Mine is that the adverts for Cancer research in December have struck a real chord with people. See below.

Whether people would say this ad was the reason they were giving up alcohol or not I think that this ad planted the seeds of the thought in a lot of people's minds this Christmas and of course then there is a snowball effect. I said I was thinking of doing dry Jan after seeing this ad then my sister agreed and so did her bf Tim and my dad and then my friend Lisa. See what I mean?

Who isn't watching this yet? You? Well mark my words, if you have Netflix then you may as well start this weekend because you'll watch it eventually. People are getting hooked by this real life story just as they did by Serial and the "is Adnan guilty" question. Don't be behind the curve peeps. 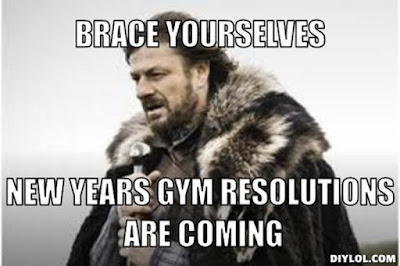 Discontent with just giving up alcohol, many of my friends are embarking on punishing fitness routines. The problem is that the weather is not playing ball. Rain is not conducive to running and outdoor yoga sessions and so that's why gyms in January become unbearably packed places. Yes January is the season of gym wars when everyone moans about the fact that they couldn't even get on a running machine because they were all taken by tubby new gym members. The weights machines are all taken by people sitting the wrong way around and attempting to lift weights that are far too heavy. This is the season where regular gym members need to resort to stealth tactics like lunchtime sessions or attempting to cause a large proportion of other gym users get food poisoning by leaving contaminated protein balls at the front desk. No I haven't actually done that yet but it's an idea?

Also can I just say I got some boxing gloves for Christmas so you might want make way yeh? 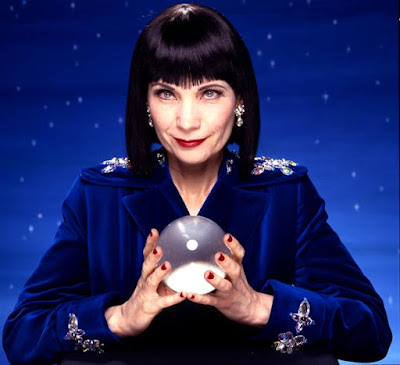 Yes January is the month when everyone is making Mystic Meg year ahead predictions.

I've been doing a lot of reading recently about the power of the mind to shape reality. According to the law of attraction you can make whatever you choose to be a reality happen. So I've been telling everyone they're going to have an amazing year. I will be having an amazing one - I've decided.

Of course the interesting predictions for us Ad peeps are trend forecasts. Here are some of the forecasts I've read about so far for 2016, plus a few of my own predictions:

a) Brands asking consumers to prove their worth. A bit like clubs looking at how pretty you are and deciding whether to let you in. If it's exclusive the worth goes up.

c) Virtual reality – Last year I was absolutely blown away by experiencing the Oculus Rift. This year brands will get in on the act, offering virtual reality experiences for their consumers.

d) The Internet of Things will continue to get bigger. On the Apprentice this year the winner was a guy who wanted to get into renewable energy. Instead energy firms said that he should be thinking about smart technology. Apps that can turn on your heating for example. If even Alan Sugar's getting his fingers in this pie then it's gotta be big news.

e) Ethical companies - Last year one of the nicest news stories was a boss who had taken a huge pay cut to ensure that his staff were all paid equally, a flat pay structure which meant huge pay increases for those at the bottom. This year brands will be trying to sort out their own houses, creating great PR in the process.

Other things people are talking about in brief:

Obama crying - def real. I'd vote for him.

The rain - for fuck's sake when will it end?

War and Peace - BBC's Downton replacement therapy with a bit of incest thrown in.

Sherlock - the last episode was shit tho wasn't it?