So this is how my Unicorn makeup ended up. I used big fake eyelashes that I bought at a screen makeup shop and a much better brand of hair spray which actually turned my hair white unlike before. I also stuck to gold and silver glitter since the glitter I ordered went missing. In the end I didn't need it anyway. 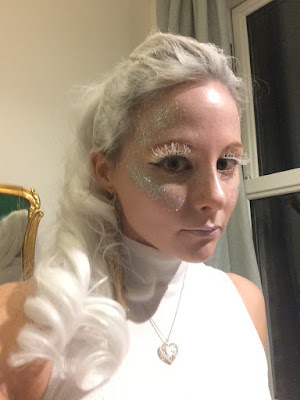 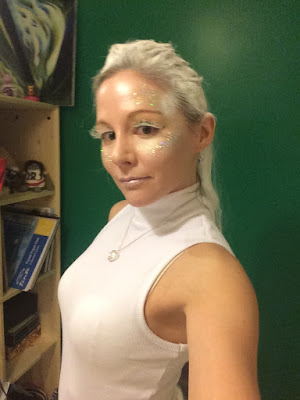 At the Halloween party I actually discovered I was a novelty for people dressed up ghoulishly. Several people asked me if I would pose for pictures with them. It was like being a character at Disney land. As I was leaving the party a guy told me that I must be the winner of the most original costume. So yep. There we have it.