I may have slept with Henry VIII!!! 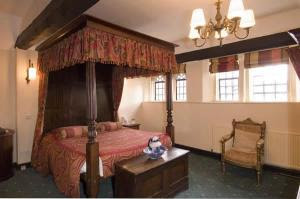 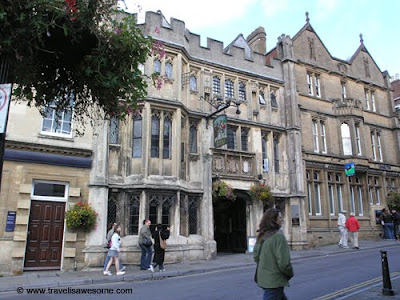 No I don't mean his rotting skeleton was actually in bed with me, but possibly his ghost! This weekend Fiance and I stayed in The George and Pilgrim hotel in Glastonbury. We had the Henry VIII room so named because it is said that Henry VIII stayed in the hotel at the time of the reformation. Coolio. The downside is that the hotel needs a slight overhaul. I'm sure that many of the timbers date back to the 1400's because the hotel sagged and sloped all over the place and made me feel a little sea sick. The spiral staircase trapped all the nasty smells from the kitchen too. But if you overlooked the weird walls which channelled the noise from the television into the bathroom, plus the noises of the people in the room next to us, and the ability to lie in bed and hear the guy in the next room snoring, it was pretty cool. Maybe. Maybe next time I will stay at the Best Western.
Posted by Welshaims