Charles Matton's exhibition - one of the best I've ever seen 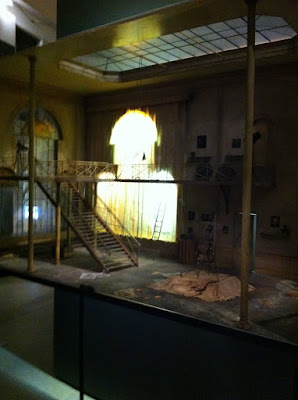 If you haven't heard of Charles Matton don't worry, you're not retarded, he is little known, especially when you consider how talented he really was. A French sculptor, painter, photographer, model maker and many other things, his work has been mostly hidden away and only come to light in the few years since his death in 2008. Perhaps he was knocked back and lacked confidence, perhaps he hated self-promotion, perhaps he felt like fame would damage his art, either way I feel it is a shame that the world can only now see these masterpieces.

Charles Matton's exhibition in "All Visual Arts" in Kings Cross is free and contains over 36 of his pieces. In themselves they look like a lifetime's work. First there are the beautifully intricate miniature rooms - every detail constructed with such painstaking care that each book looks readable, each newspaper perfectly printed, each duvet creased and dirtied as if they had been lived in. Matton uses mirrors to create rooms that have depth and space outside his construction. They allow you to pear into adjoining corridors, to believe that the libraries in a single box actually sprawl on forever. The mirrors also play tricks on you. Sometimes you struggle to work out where they are. Sometimes they appear to be in one place when actually it's just wire and symmetrical object arrangements. But the best thing about his rooms is they seem to tell stories. stories of absences, stories of sad lives, stories of decay and neglect as well as collection and even, in one disturbing room - masochism. Even the light is included, lightboxes creating shadows in rooms and light falling from fake windows making patterns on carpets. 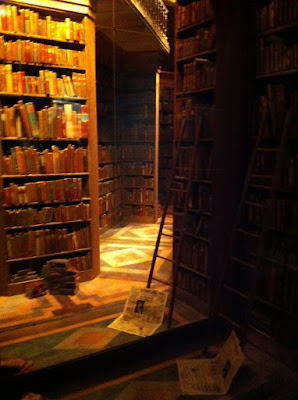 Matton's efforts to keep his art works original meant he would produce large paintings only in order to reduce them and hang them in his tiny microcosms. So to produce one piece of model making he's have already created 12 pieces of separate art. In another piece he depicts the room of a sculptor of the human form and fills his room with tiny handmade sculptures.

But that wasn't the end of the process. After all this work he would then photograph or make paintings of the scenes he had created. Each capturing scenes that seem hyper-real.

Here are some of my pictures of the exhibition but the true effect and the feeling of discovery and exploration that you get as you walk around can only be appreciated when you see the exhibition. Do not miss it. 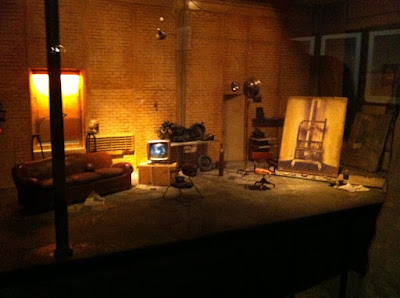 And these are the pictures he took of the models. 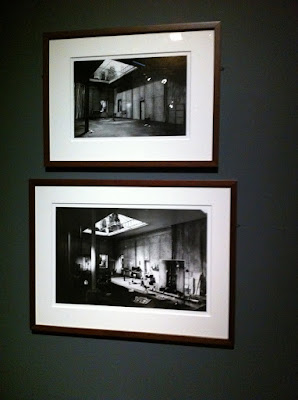 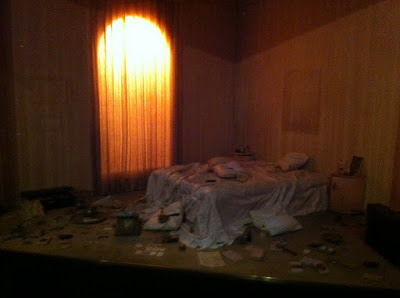 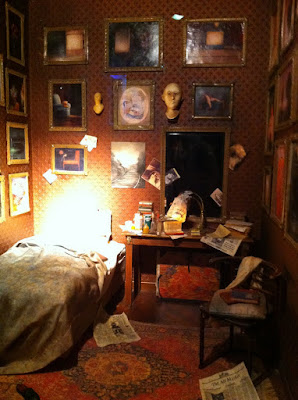 For this work matton had to paint every picture in the collector's bedroom. The full sized pictures he painted for this piece are displayed alongside the model. He then reduced them down to use. 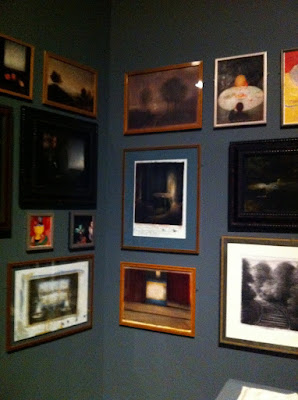 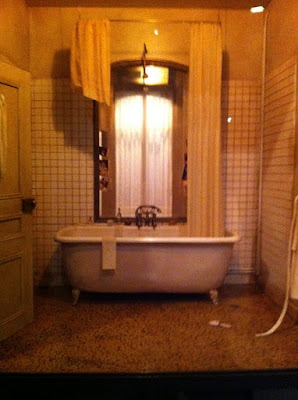 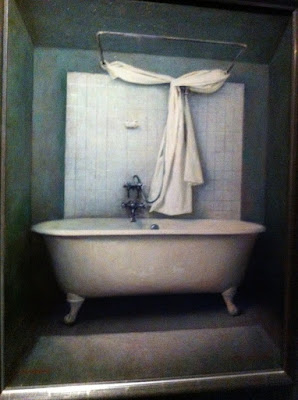 This painting was made from one of his bathroom models. 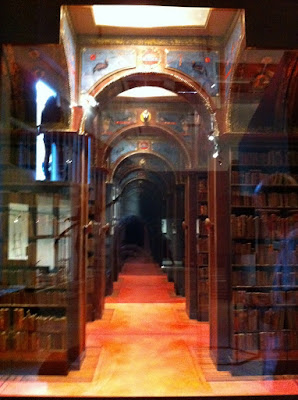 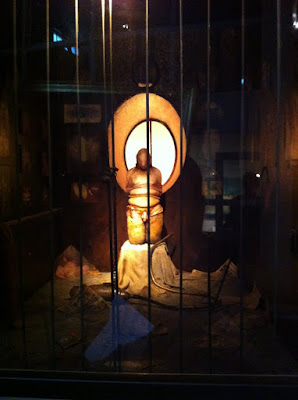 His most disturbing piece is this attic scene from the house of a masochist. He posed for all the degrading images on the wall too. In this and in the bedroom scenes in particular you get the sense of a whole story being told. 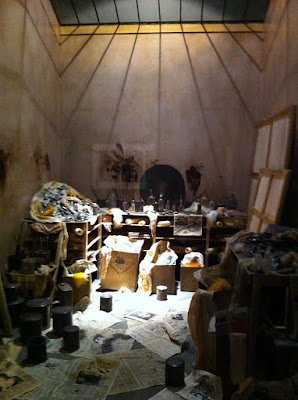 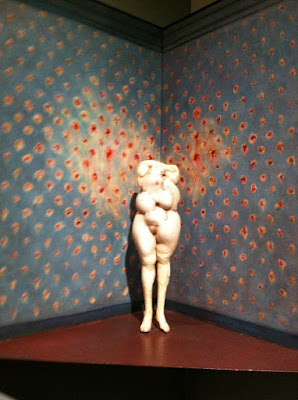 This is the most Francis Bacon piece to my mind. His sculpture explores human shapes and forms and their movement and distortion. 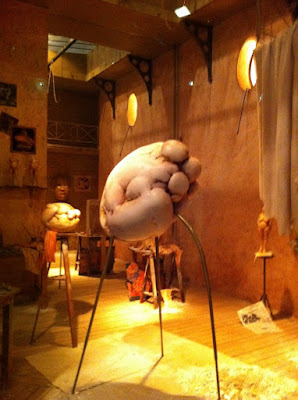 And here's what the gallery has to say about the artist.

Just wanted to say thanks for the wonderful review of my Matton show. It would be nice to meet you in person!

My pleasure Joe. My colleagues and I enjoyed it so much that we are doing a presentation on Charles Matton for the rest of our advertising agency today.

Every week we have speakers, often from outside the agency. In fact it would be wonderful if you would come in and talk to us about the gallery, past and upcoming exhibitions.