My Dad is a rock dad. I grew up telling him to turn down his music, to stop playing his guitar because it's past midnight, trying to rein in his red wine drinking and listening to his latest blues riffs. Now my rock dad is nearing retirement he is putting a band together and has written an album of songs with his friend Steve. Its pretty good too. There are ones that make me cry - the one about my mother who died has wonderful words, ones with great guitar riffs and lovely ones about our hometown of Swansea. Right now he's writing one with funny rhymes about his dating exploits. My dad is loved by the ladies.

He has put a lot of hard work into his album and he has asked me to make him an album cover. His album is called The Happy Shed - rock dad is still a man and men love their sheds. But the band is yet unnamed. These are my first attempts - they aren't in the right size and format yet - I'm going to work that out when he has chosen a design. Then I'll also design the back and the spines. He might not use them but I thought it would be fun to share. 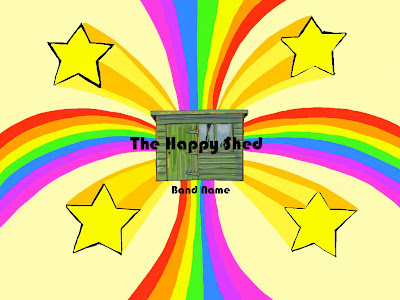 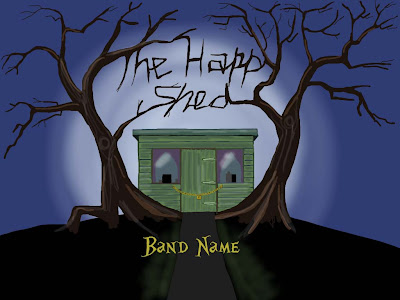 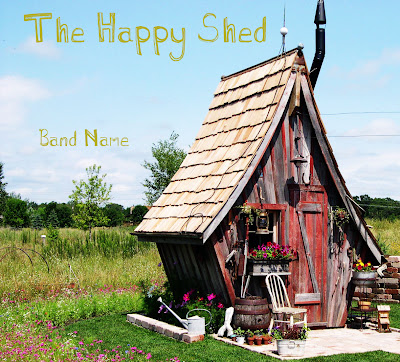 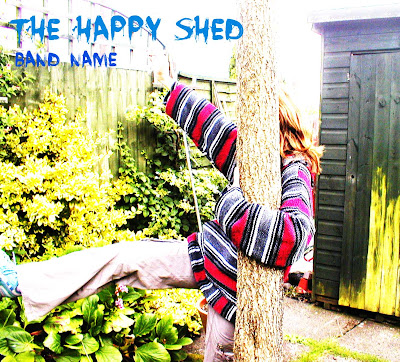 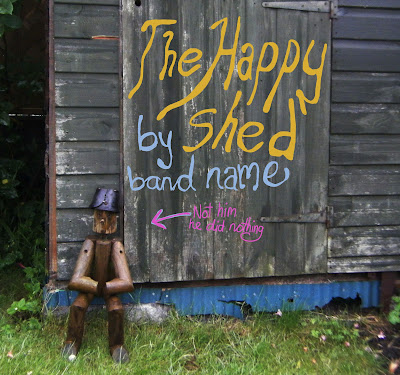 Last two are easily my favourites. Great to see such a variety of interpretations though. Amazing the images one phrase an conjure up.

I love them all!

Wait! I know who you are wifeontheedge! Carrie! And now I'm following your very funny blog!