So today came the news that the city of Detroit has filed for bankruptcy. It will mean that in future the stricken state will have difficulty raising cash, presumably much needed to stimulate economic growth in the area.

I have never visited Detroit but it sounds and looks like a place with a heart and a soul. It's no shiny metropolis or picture postcard. It has seen things, and it has endured suffering. I think I am partly drawn to it because I am from Swansea in South Wales. Swansea was once an important shipping port and at the heart of tin and copper mining. In fact it earned the nicknamed "Copperopolis". Now it is a city trying to reinvent itself as a tourist town. Its people, the great majority, are not wealthy and jobs are scarce. I imagine this is the case in Detroit too, once the proud centre of the nation's automobile industries.

There was a great advert by Chrysler which really should go back on the air following this news. It is a defiant rallying cry - we are not beaten, we will fight on.

The great thing about towns and cities that have suffered is the art that comes out of them - music, poetry, paintings, photography. Perhaps this is because artists are often said to produce their best work when they are anguished or have dark subject matters. There have been some beautiful art projects focusing on empty and abandoned homes in the suburbs of Detroit. Kevin Bauman's photography project entitled 100 Abandoned Houses was his attempt to document the forgotten areas of the city - often areas which were once inhabited by the wealthy, now in sad states of disrepair. Dreams that once were. 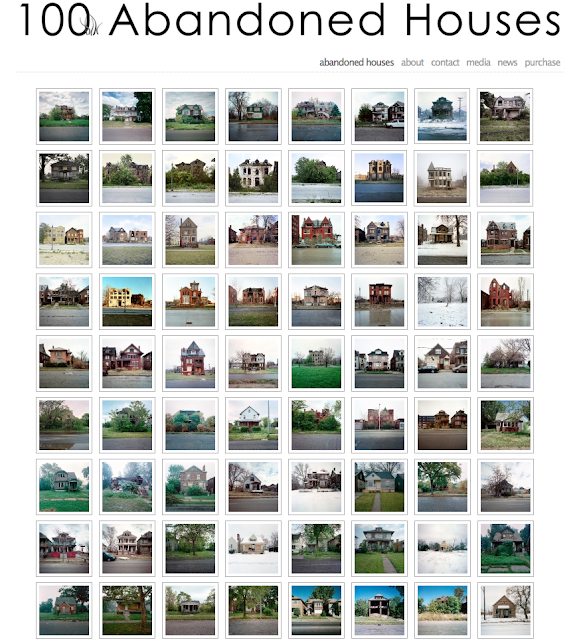 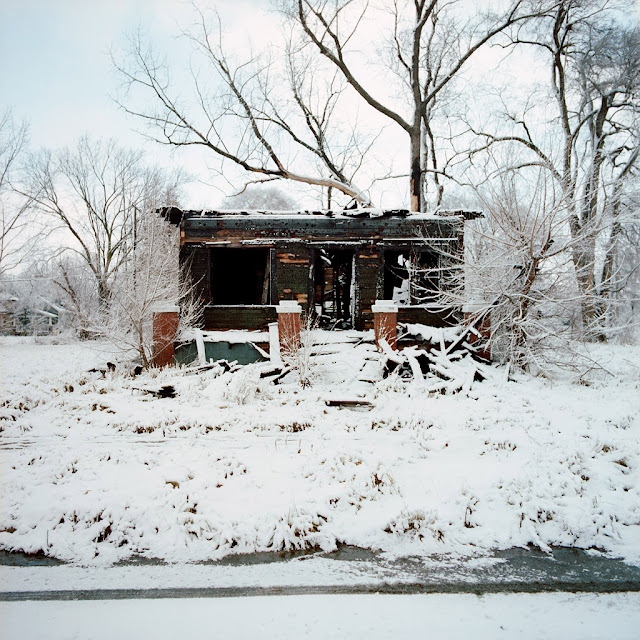 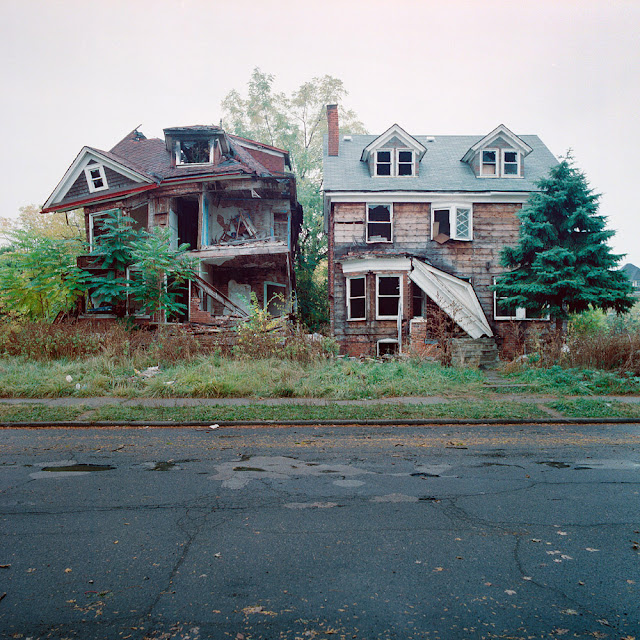 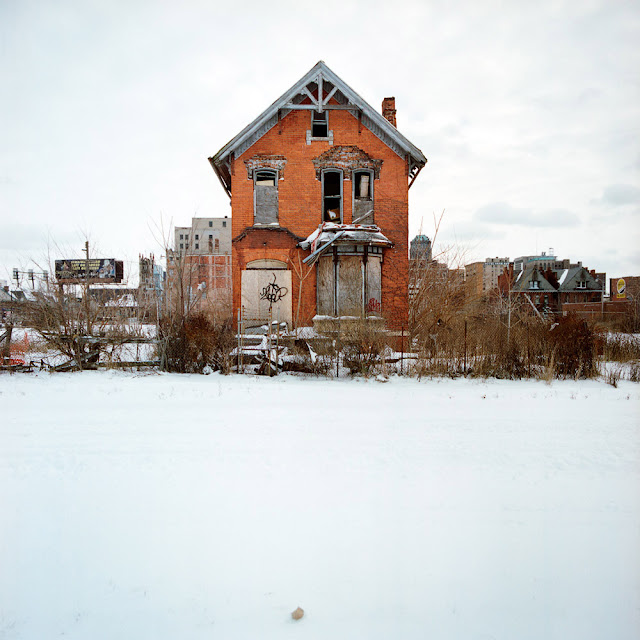 Another interesting project focusing on abandoned houses is Ice House Detroit. Artist Gregory Holm and architect Matthew Radune sprayed an abandoned house with gallons of water so that the entire house froze. The house is meant to symbolise the contemporary state of Detroit. Read their blog about the project here. 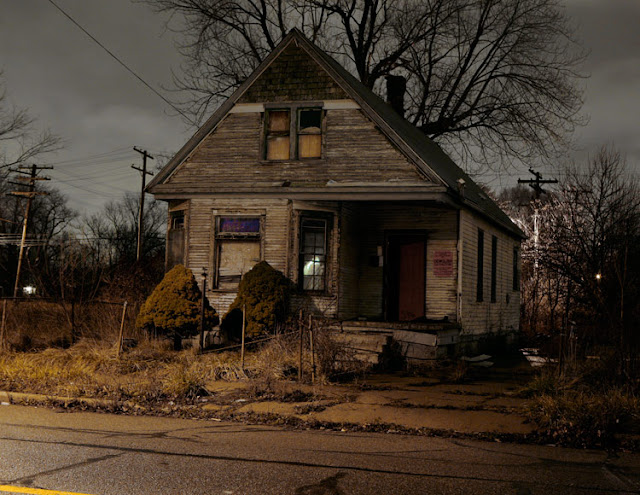 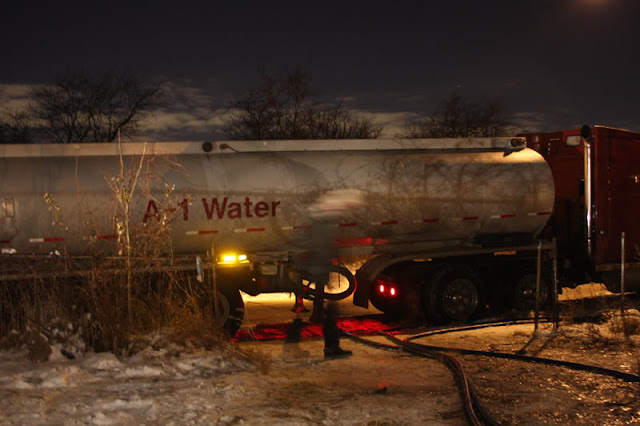 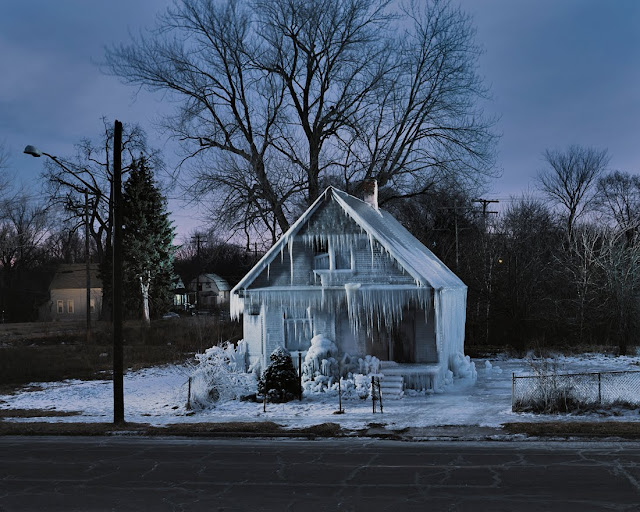 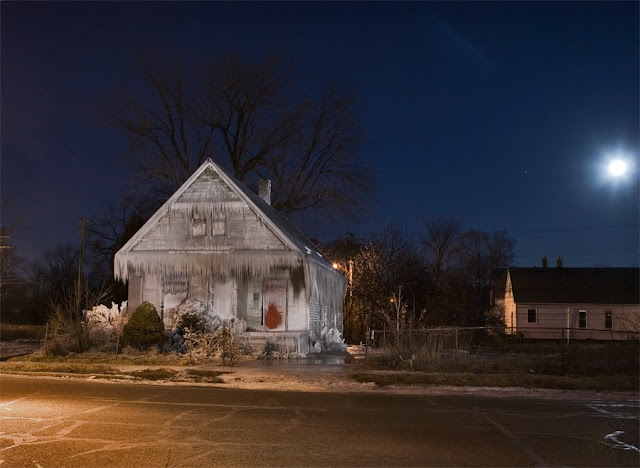 Bankrupcy seems to be when a person/state/country reaches rock bottom. So Detroit, the only way is up. Maybe this is an exciting time. A time of crisis and change. Certainly it should make the US government sit up and take notice.

So Detroit, good luck. I look forward to seeing what you give the world next.