In a spare moment I came across these beautiful if slightly strange Haute Couture creations from the Paris shows.

I can't do simple stylish dressing. But I have a sneaky suspicion that I could be happy wearing outlandish haute couture. Admittedly I'd go home and put my Target Pjs on but outside of the house I would be weird and fabulous. Someone please give me the money and I would wear these - maybe not the headgear...

This is Khaled el masri 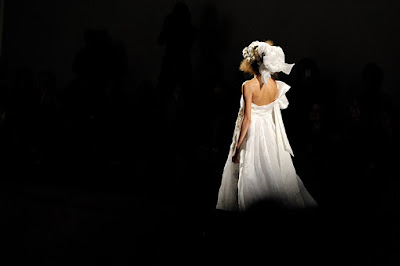 I'd never heard of Khaled el Masri. I googled him and found that it is also the name of a suspected Al-Qaeda operative, believed to be a native of the former Soviet Union. Errrr....I guess that's not the guy who made this dress. Then I found this website:

Here's some of his gorgeous exotic Queen-like creations from his Winter 2009 collection (seem to be the latest on his website): 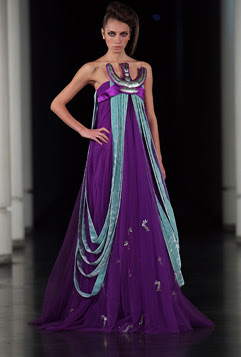 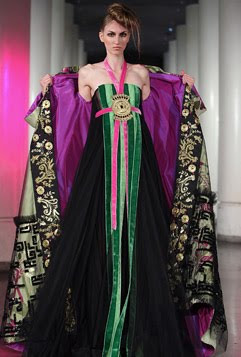 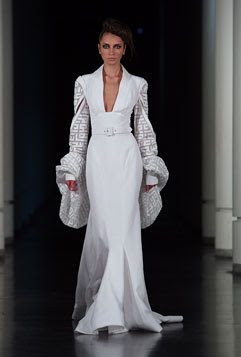 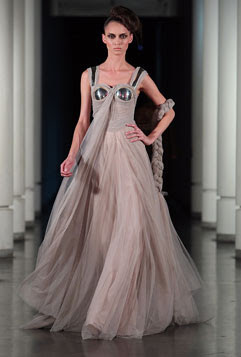 Givenchy's collection by Italian designer Riccardo Tisci consisted of ten dresses inspired by the traditional Japanese art of butoh. According to wikipedia:butoh (舞踏 Butō?) is the collective name for a diverse range of activities, techniques and motivations for dance, performance, or movement inspired by the Ankoku-Butoh (暗黒舞踏 ankoku butō?) movement. It typically involves playful and grotesque imagery, taboo topics, extreme or absurd environments, and is traditionally performed in white body makeup with slow hyper-controlled motion, with or without an audience. 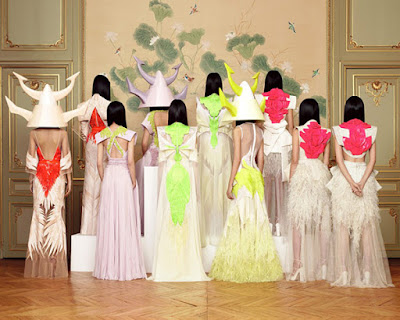 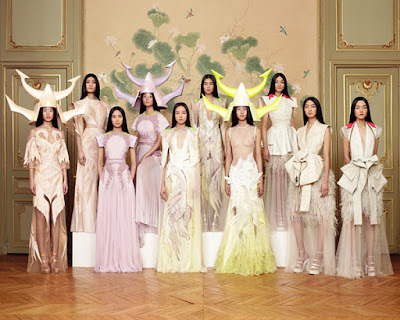 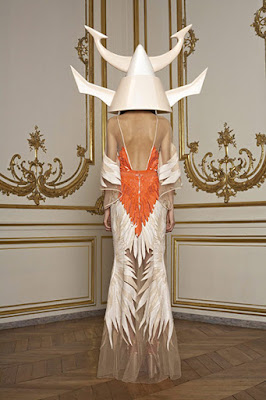 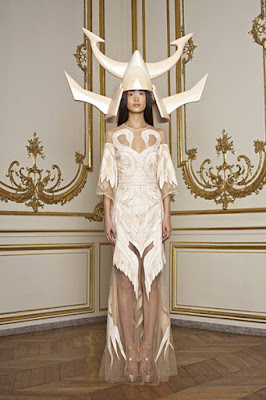 Email ThisBlogThis!Share to TwitterShare to FacebookShare to Pinterest
Labels: fashion