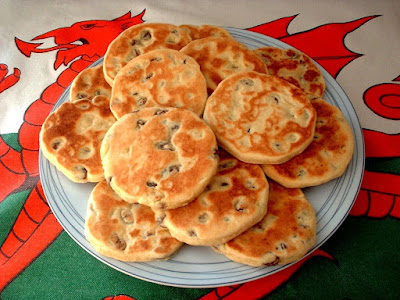 OH! Look here boyo, being Welsh is the new cool. Nessa from Barry told me, alright? So for all you English people who have never stroked a sheep or worn a leek as a broach or a pointy hat listen up. Here is Advertising Girl's guide to becoming Welsh.

1) Take up Welsh. I don't mean proper Welsh, there's no need for that. I mean our particular unique and special take on English. This can be done in a number of ways. Firstly end every statement or fact with the word 'mind'. For example: "I don't like that Sian from the Kabab shop mind". See how it works? If you find that you've finished your sentence and cannot remember if you said mind at the end say it again just to be sure, "She's rough you know, she shagged Darren down by Cinders mind mind". This is perfectly acceptable. Another technique you can use is putting a pause in the middle of your words. For simplicity try this with key words only: "Oh mi god, that Dawn is ming--ing". This is an advanced technique so please practice first. Finally the biggest give away is if you can't say your double L's. in Wales a LL isn't an "l" at all it's a completely different letter. I tried to write the sound but it's pretty impossible so here's an article that might help:
http://gwybodiadur.tripod.com/ll.htm
Note that mispronunciation of this sound will promote such derision that you will be laughed at and then escorted back over the border. And you'll have paid your toll on the 7 bridge for nothing.

Some words that might prove helpful:
Cutch (a nice cuddle)
Uck y Fi (yuck)
Duw Duw ( my Aunty uses it when she might say deary me)
Lush (great/nice/handsome)
Meesh (a person, if combined with 'townie" then it's someone who has crap greesy hair and wears a tracksuit)
Chopsin (talking back to someone)
By there - never say "it's there" when in Wales! Is it there? Are you sure? Or is it "by there". There's no need to get stressed just be vague. See! Makes sense really!

2) Choose a Welsh name. Most people in Wales are called Jones. There are also a lot of Lewis's. But Jones is your best bet. If you are feeling that you want to be even more Welsh go for Llewellyn. Just make sure you can say it first. Some people in Welsh history are called Llewellyn Llewellyn. Well, when you've lived down a pit your whole life there isn't much room for fights of imagination.

3) Get a taste for Lavabread and cockles. You can make this easier for yourself by combining it with every ingredients of an English breakfast. That way you disguise the taste. After you finished say, "I love lavabread I do". That's the double wammy - you are eating and talking Welsh!

4) Pick a rugby team. When the rugby is on noone in Wales is far from the television screens (or stadium). And don't even think of getting a train that goes past Cardiff after a rugby match. It is horrendous. That is unless you are more pissed than anyone else. Be careful, I will not be held responsible if you get your stomach pumped.

5) Memorise every famous person's Welsh connections. Welsh people love nothing more than claiming famous people as their own. Heck, we've even tried to claim Barack Obama. If in doubt, claim everyone. It will be somewhere in their geneology because it is a well known and scientifically proven fact that Wales, not Africa, was the true cradle of civilization.

Ok. Congrats you are now Welsh. OH, What's occurring? You doubting me?
Posted by Welshaims

Email ThisBlogThis!Share to TwitterShare to FacebookShare to Pinterest
Labels: welsh

OH! James! Alright boy. I will change Du Du to Duw Duw. What's occurring? Are you Welsh too?

I am Welsh, I even have a GCSE Welsh, if only I can remember where I left it.

Or when mentioning an object you can make sure people understand what you're talking about by repeating the word in two different ways e.g. "Who's shoes are those boots?"

Yes true, or "who's coat is that jacket?"